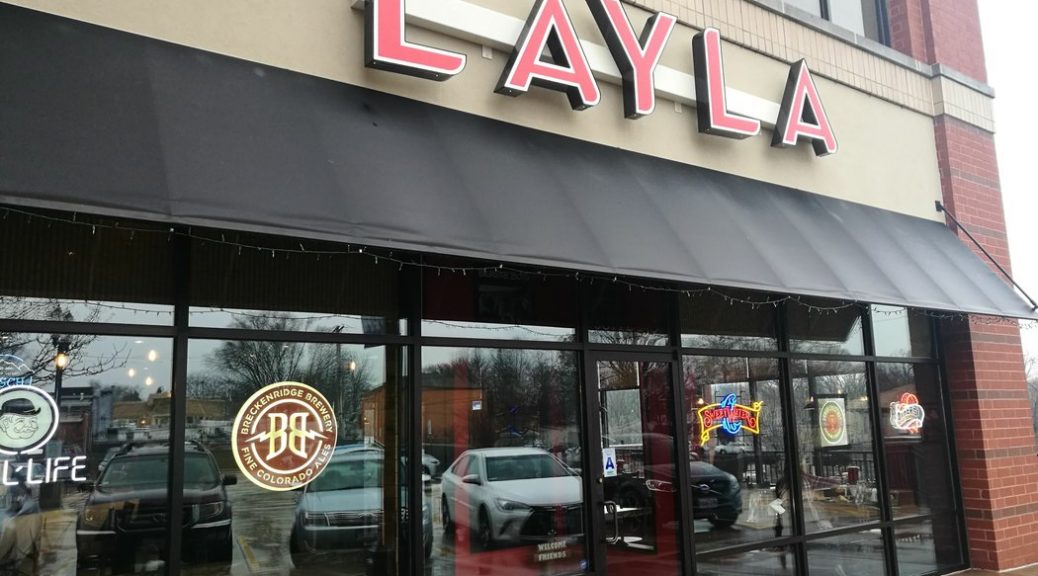 One of the additions at the new spot is a $19 burger called The Second Mortgage.

Burger and shawarma restaurant Layla opened its second location, in Webster Groves, on Monday, in the space that formerly housed Milagro Modern Mexican. The restaurant will serve a largely similar menu to the original location in The Grove but with an expanded wine list, new cocktails, and a few fresh dishes.

Owners Jason and Maria Sparks say they’re excited to bring Layla’s gourmet burger concept to the neighborhood. “There’s nobody in Webster that’s really a burger place,” Maria says. “There are places in Webster with burgers on their menu, but there’s not a burger place.”

The couple looked at a few spaces for a second Layla location, including a space in Clayton, eventually settling on 20 Allen. With quick-service concept Sumax also in the works at the City Foundry development (now slated to open in May 2020), however, the turnaround in Webster had to be fast. “We decided if we’re going to do this, we have to do it now,” says Jason, “and it has to be open by February.”

To smooth the process, the couple decided not to make any structural changes. The new restaurant is an L-shaped space, larger and roomier than the original Layla, with a long bar. The Sparks repainted the restaurant, added a few new fittings, and decorated the walls with the music and movie posters familiar from the Grove location. “It’s like our first apartment versus our house now,” Maria says. “The stuff on the walls is the same, but the house is different.”Expand

The menu at the Webster Groves location is largely carried over from The Grove: beef burgers based on Layla’s blend of brisket, chuck, and short rib; poultry burgers and meat-free burgers; shawarmas and salads. Each location will have a few unique items, though.

The couple is also anticipating the arrival of a new, gluten-free take on the meatless Impossible burger, sourced from Impossible Foods and used in Layla’s Unicorn burger. Jason says it should be on the menu within the month. “I got a demo of it, and they made meatballs out of it,” he says. “It had this crisp, really awesome surface. I don’t know what they’re doing with it, but it sure is fun.”