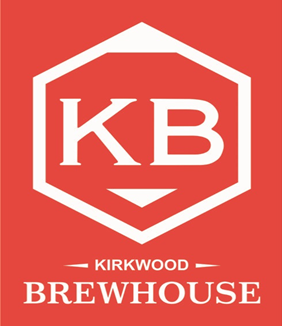 There’s a new gathering place coming to Kirkwood. On December 15, the former Winfield’s Gathering Place (10312 Manchester, at Woodlawn) will open as Kirkwood Brewhouse, a neighborhood restaurant with a focus and vibe similar to Winfield’s: casual, affordable, and family-friendly.

But it’s not a brewhouse in the strictest sense of the word. While the focus will be on beer, much of it local (26 craft and mainstream tap handles, as well as bottled selections), there’s no on-premise brewing at Kirkwood Brewhouse. (And no affiliation with Kirkwood Station Brewing Co. at 105 E. Jefferson in downtown Kirkwood.)

The interior has been softened and relaxed, according to general manager Mike Watry, former manager at Billy G’s and an alum of Miso on Meramec, ARAKA, and Lester’s in Chesterfield. On the walls, the color palate shifted toward warmer tones; the existing pale, reclaimed wood required no further warming.

The U-shaped bar received bolder accents—including four 75-inch TVs—a signal to Kirkwoodians and beyond that the Brewhouse is a sports bar, too. (There are 15 TVs throughout the restaurant.) When pressed for a description of the concept, Watry replied, “a sports-friendly, beer-centric pub, wrapped around a great menu.” (Fair enough. He could have copped out and said “gastropub.”)

Come spring, Watry might well add “with a great patio.” The restaurant has already been given permission to reconfigure the area on the west side of the building and add 50 covered outdoor seats.

Watry and owner Steve Stolze, a local attorney who recently sold The Side Bar downtown, wanted a “pub-plus” menu and enlisted Michael Eagen to lead the charge. Eagen is the former executive chef at recently shuttered Cardwell’s in Clayton. He’s also the older brother of Tim Eagen, the executive chef at Weber Grill Restaurant.

Eagen has assembled a menu of American favorites and upgrades. Appetizers include three varieties of chicken wings (all with a boneless option), calamari “with fried sweet peppers mixed in,” and candied bacon. The kitchen came equipped with a premium Ole Hickory smoker, so Eagen’s smoked meat sampler is likely to be a big seller. Same goes for the jumbo smoked shrimp, which was a mainstay at Cardwell’s.

Salads run the gamut from a Rich & Charlie’s-esque house salad to a spinach salad with smoked duck breast.

Entrées will range from $15 to $23, with a 14-ounce strip steak served with truffle fries and a fresh vegetable on the higher end. Look for fresh seafood and a smoked pork loin chop, as well as comfort classics like meatloaf and a fried chicken cutlet.

Eagen touts his scratch kitchen (“we have a Caesar dressing where you can actually taste the anchovy”) and half-pound grass-fed beef burgers, served “on Sheboygan hard rolls” (if they can be sourced), a Wisconsin-based product known for its thin, hard crust that doesn’t flake apart.

Watry believes the success of a restaurant comes down to staffing, execution, and nailing the basics. “Restaurants tend to receive the most criticism on the simplest of items.” he says, “We’ll be prepared for that.”